Effect: Ark can be controlled for about two seconds

Note: Since this is a different map than the real Crysta none of the doors work nor can anything be interacted with.

Effect: Ark runs down the ramp a lot faster than normal

Instructions: Press Down, Run, Up in quick order at the "right" time.

Note: There seems to an additional unknown random element required for this to work. 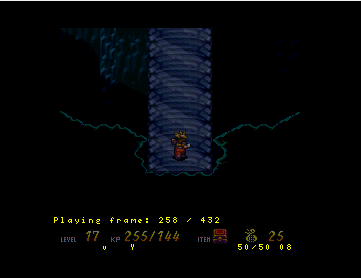 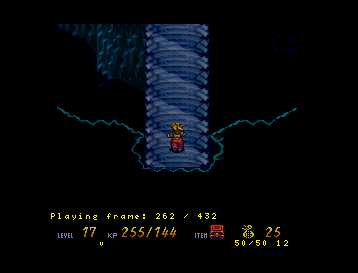 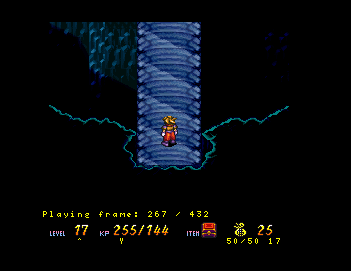 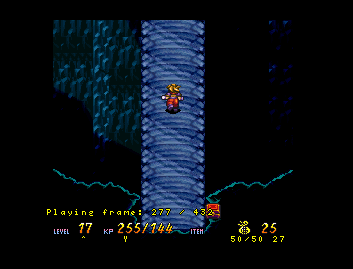 Effect: The map interaction flag doesn't get set again which means Ark no longer interacts with anything on the map (no collision) including objects like magirocks.

Note: To simplify making the video I set the event flag in memory.

Effect: Get ported to last save location instead of cutscene port

Effect: Be in "control" of the chicken in the cutscene at the end

Using the ring chest will freeze the game while jumping kind of works, moving does work when running, you can still go into the menu.

Effect: Ark becomes intractable, which means enemies can no longer interact with him and he can't die.

Lasting: This effect ends when changing the room and your HP is set to 1HP or when you are eating any healing item in-game though if you eat something you will die. 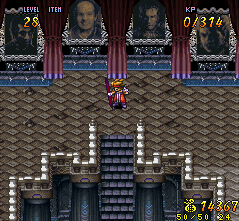 Effect: Dark Twins respawns when Ark leave the room hence can be endlessly be farmed for XP when its killed while jumping off the stage.

Each kill gives you 500 XP which is a lot around the early levels and can be used to quickly level up to 15.

Lasting: Endless until the cutscene is triggered.

Location: Any with an enemy

Effect: A level up is stored and triggered at certain in-game events. This allows you to walk over water and holes.

Location: Any place with water and enemies

Effect: You can swim anywhere but walls still have collision and you can't die when you have 0 HP.

Effect: The cutscene after opening the door is skipped

Location: Any textbox with clear background

Sidenote: This is actually mentioned on the official website:

These are things that might help trigger other glitches or bugs.

Instructions: Use any ring that moves you to the centre like the orcane ring, during the move all on-touch and range-triggers will be triggered. After the magic use you will be returned to your original position and can go into the chest and use any item.