The Dark Gaia's model with an incorrect AI script (0x8ED86E enemy ID 79 the Colossus (Green)) can be found at the top left, due the wrong script the NPC will behave broken. 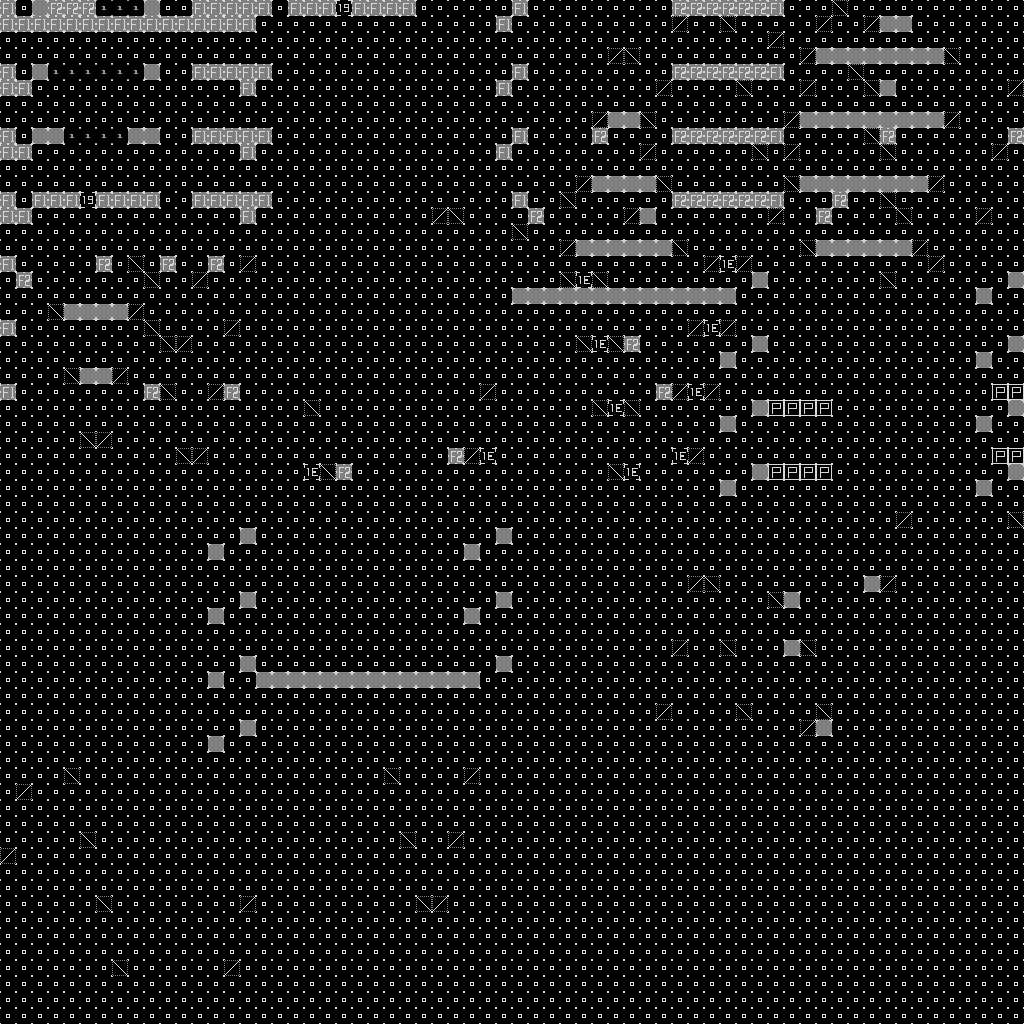 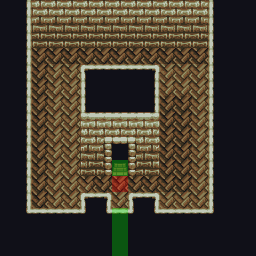 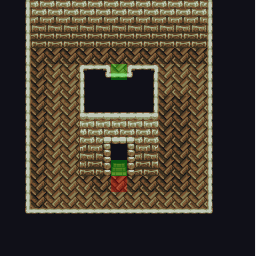 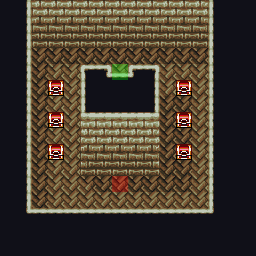 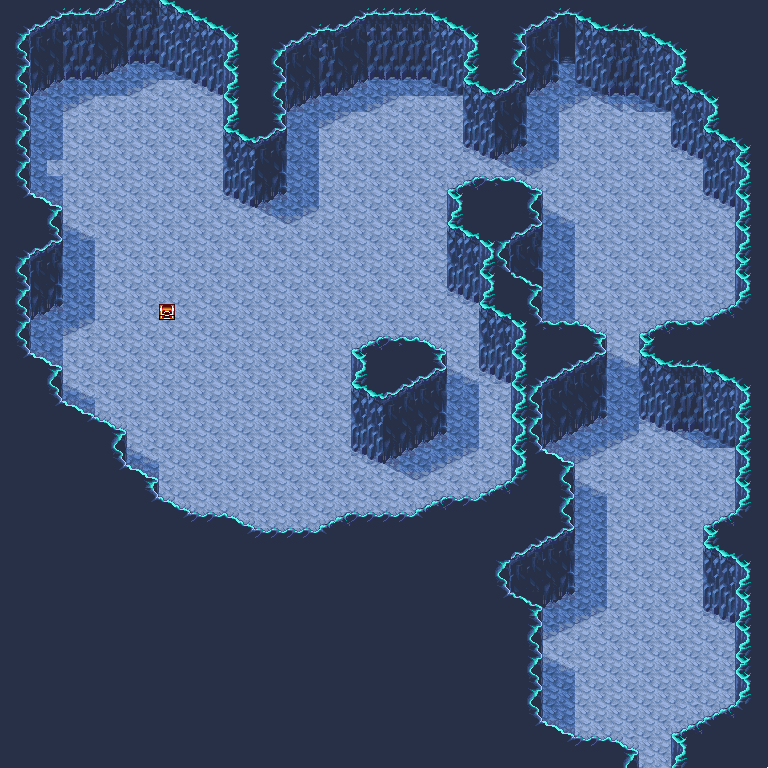 This map in it's current state is also broken, the tiles next to the ropes make it impossible to get on them. 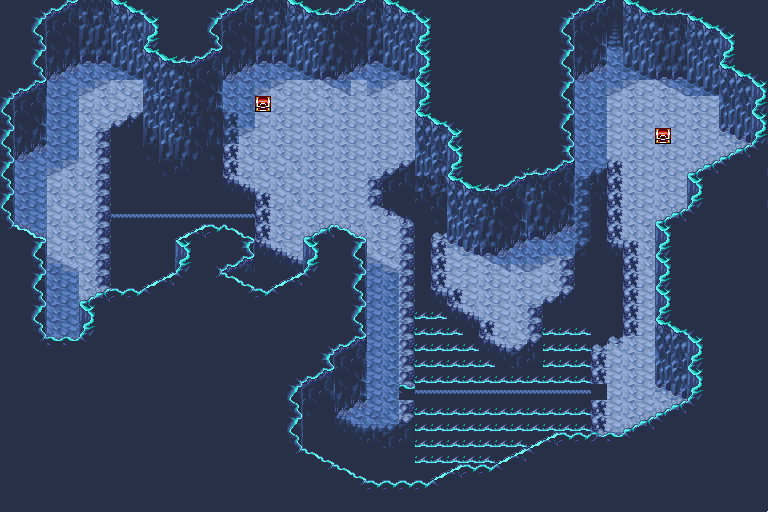 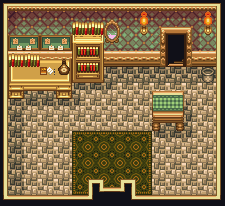 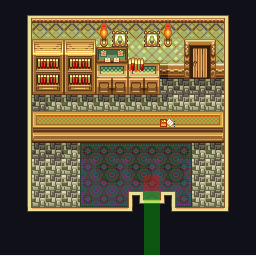 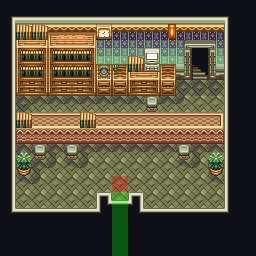 These are police stations. 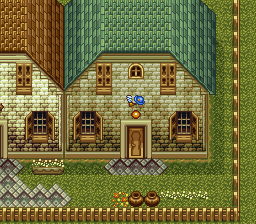 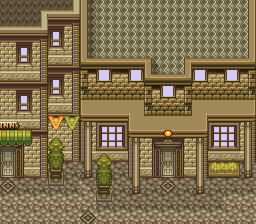 The map doesn't have any enemies nor exists but there is a chest behind the top trees, though there isn't any chest information for it. (See below) 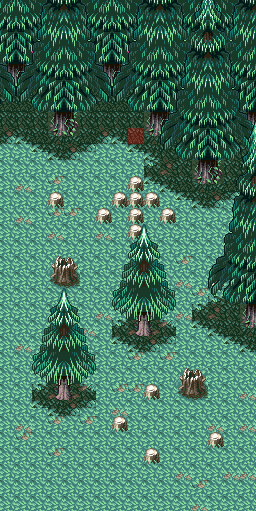 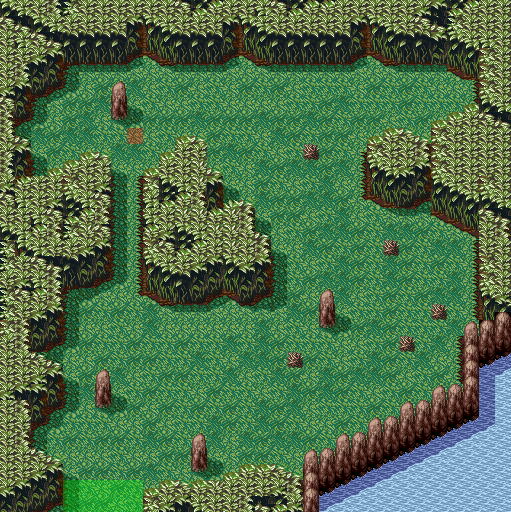 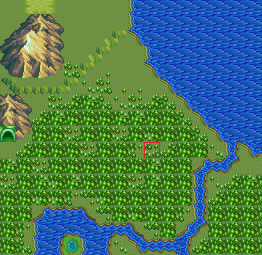 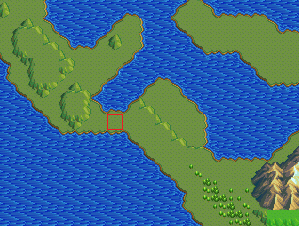 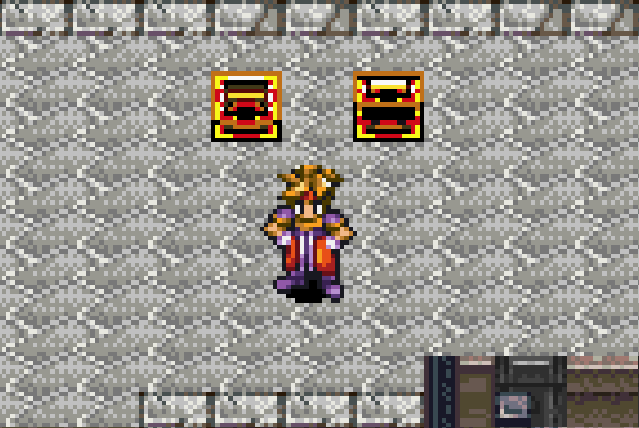 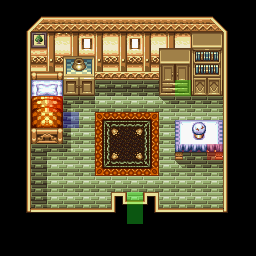 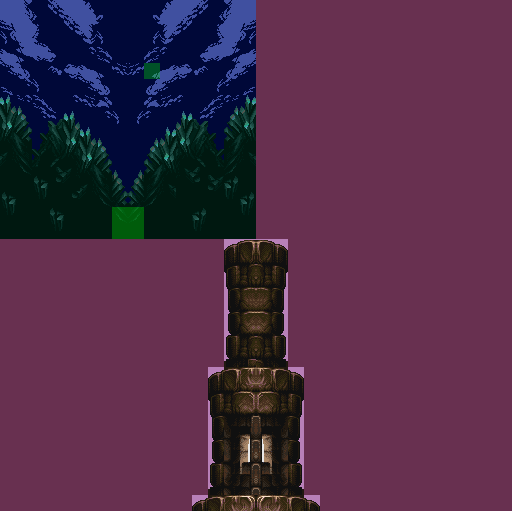 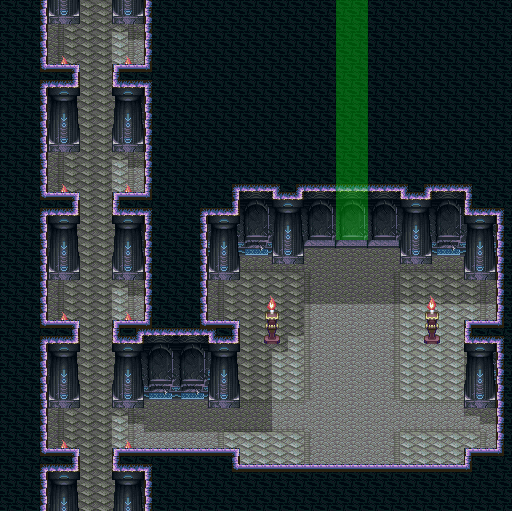 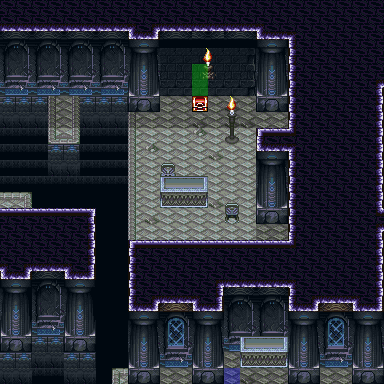 Both these doors have working exists, but on both of them are triggers, which are preventing access to them.

The left leads to the actual house and within all doors work normally but there are no NPCs in there.

The right house however has an exit going to map ID 0x201, which is the 'next chapter map' and depending on current state of the game takes you to a different places. 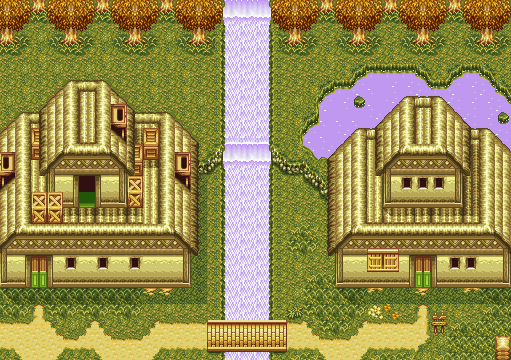 This is actually not a 2x1 sized exit but two 1x1 sized exists. The lower one leads to same map and same coordinates except the destination Y value is 1232 while the other ones has 32 and direction 0x60 instead of 0x50.

There are a few debug functions left in the game that normally can't be accessed. 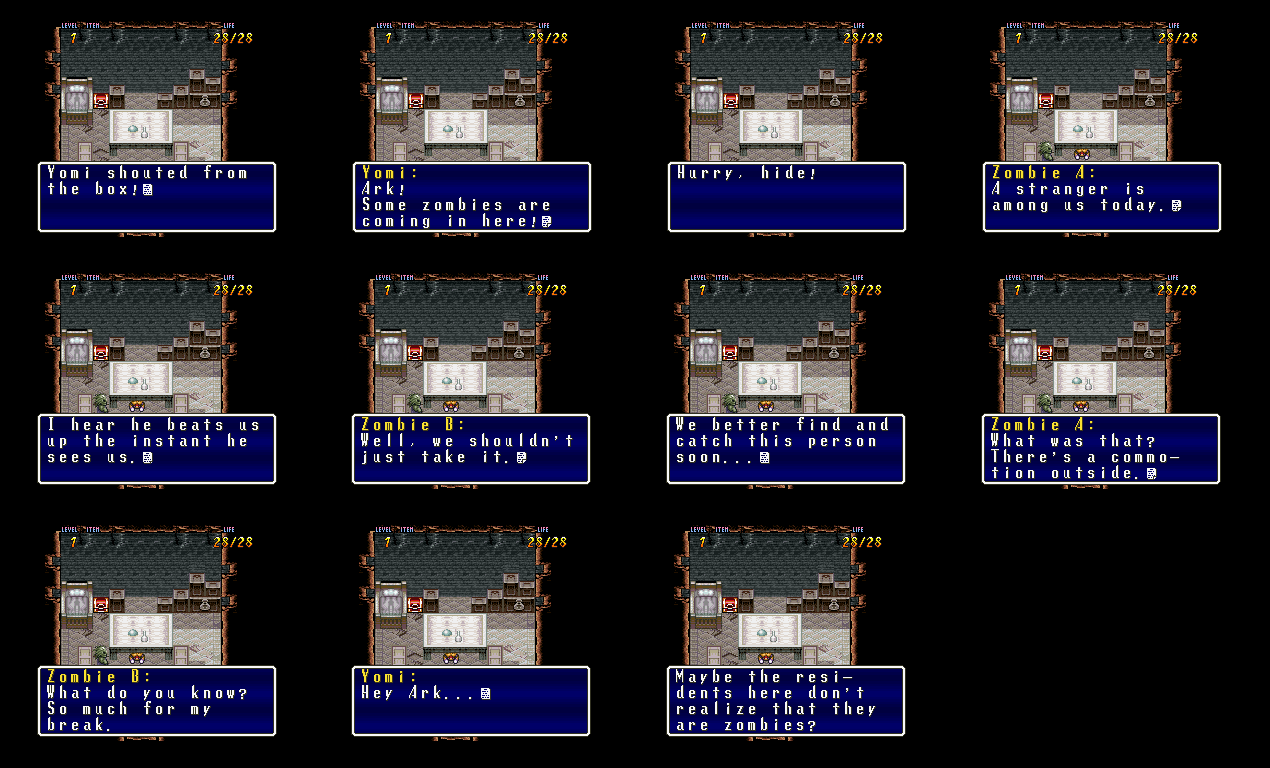 After returning to the underworld speaking to the people turns them into wisps that will try to attack you.

This happens due a bug in the game, since it fails to load the correct chances and drop value from the enemy table but instead reads them from 0x8D000D/0x8D000E.

Which maps to the WRAM of the SNES and 0x8D000E can randomly be either of those values. 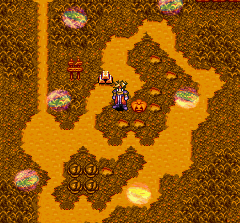 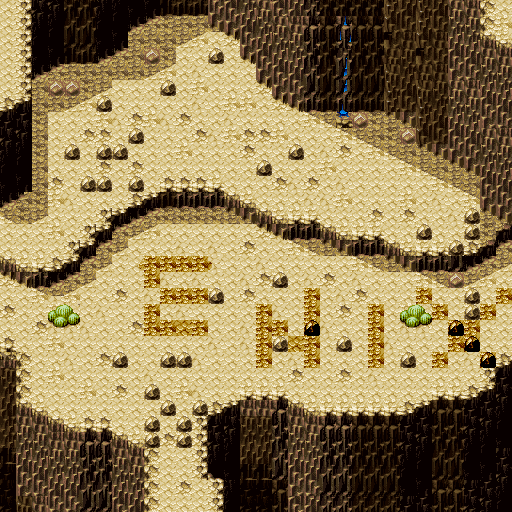 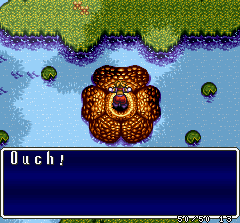 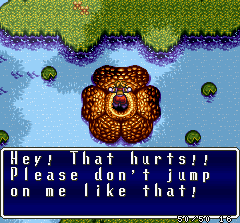 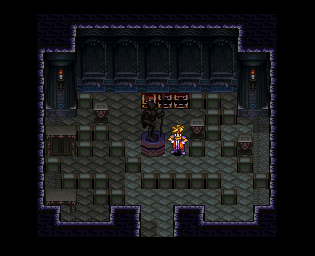 Chest information only exists on map ID 0x014B, so it will look always closed on the other map ID 0x014A. 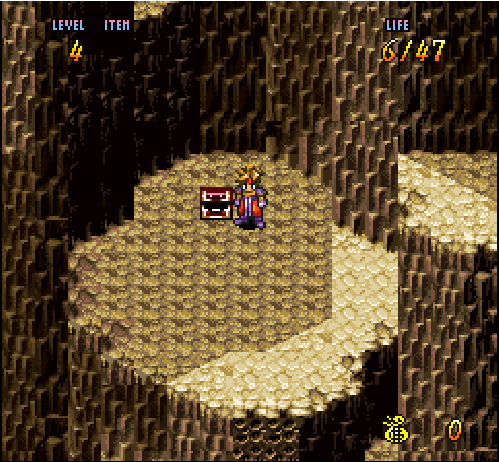 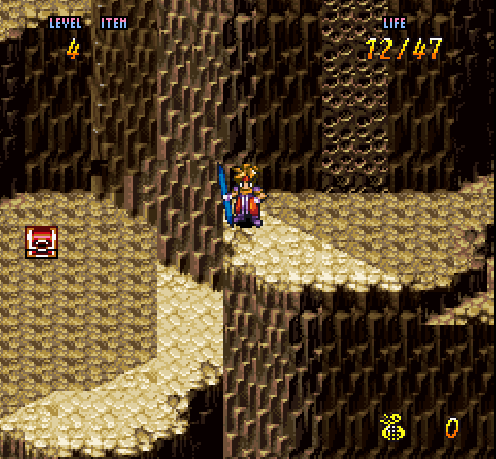